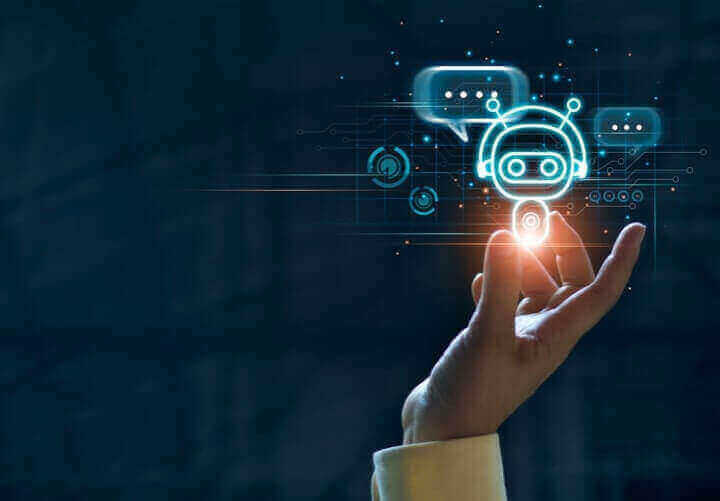 Bots in Demand as Covid-19 Hits the Workplace

Brands are turning to Conversational AI to scale customer support and reduce costs.

March 30, 2020: Customer support call centres are an obvious casualty of Covid-19. You can’t have people huddled together at a centre. Nor is it easy to move everything to remote operations from homes as call centres operate in data-protected environments that are hard to replicate.

Further, organizations like banks, hospitals and civic bodies are dealing with a growing avalanche of customer service demands. Call centres can’t scale up at this speed. This is hastening the adoption of automated options like conversational AI, or chatbots in popular parlance.

“Government services are hugely impacted as they need to respond to citizens affected by the coronavirus situation. So they’re seeing the advantages of AI-powered services,” says Shridhar Marri, CEO and co-founder of Senseforth.

Even before this crisis, enterprises had been turning to AI to scale customer services, bridge gaps and reduce costs. Chatbots are also maturing to be able to carry on extended conversations, unlike their earlier avatars which would become embarrassing beyond the simplest queries.

The plethora of consumer-facing chatbots mostly do simple things like ordering a pizza, which involves little more than knowing the kinds of pizza and preferred toppings. And so-called enterprise bots, in many cases, just hook up to human agents at the back-end who pick up the conversation. That’s more about the “cool factor” than intelligent automation.

An enterprise-grade conversational AI platform, on the other hand, has far more capabilities. It can take a substantial load of customer service for a large organization. At the same time, its chatbots are intelligent enough to know when to hand off a conversation to a human.

While HDFC Bank was Senseforth’s first major enterprise client, the startup now serves several others in the financial sector, including ICICI Bank, RBL Bank, SBI Card, Kotak Mutual and Max Life. The platform can be implemented in other industries as well. PwC and Airtel are among its 75 enterprise clients.

The evolution of Eva is one way to see how the conversational AI space has grown. Unlike a call centre that throws humans at a task, scaling up Eva was a matter of adding more servers, functions and “intelligence”. Apart from handling more queries, Eva became multi-channel with integrations into WhatsApp, Google Assistant and Alexa.

Its voice capability came at the start of 2018 and by the end of that year, it was doing video responses. Last year, it went multilingual, which led to a spike in usage.

“People typically go to chatbots and start asking questions. What if you flip that and the bot starts talking to clients? That’s outbound and means you can use it in multiple scenarios, like lead generation,” says Marri. For example, when bots go out with email and messaging campaigns, clicking on the link takes you to an interactive conversation rather than a Web page. This is more likely to produce an outcome.

Three senior executives left Infosys in 2011 to become entrepreneurs—Krishna Kadiri, Ritesh Radhakrishnan, and Marri, who was a vice-president with over 15 years at the IT bellwether. They initially co-founded Moonraft Innovation Labs, which designed digital experiences for clients. But this was a services business, and their motivation for leaving Infosys was to build cutting-edge software products.

They had dealt with Fortune 500 companies with millions of customers and understood their deeper problems. These were the problems they wanted to tackle with new technologies. They put 11 possibilities on a whiteboard, before settling on conversational AI. “How do you automate conversations between millions of people and large organizations at scale? We picked that as a key enterprise technical problem and then started thinking about how to solve it,” recalls Marri.

This was in 2014 when natural language processing (NLP) was at a rudimentary stage. “We tried to build solutions on top of existing technologies, but they were suboptimal. Then we decided to build our own NLP engine from ground up,” says Marri.

They had to bootstrap it, burning their savings, because VCs wanted no part of it. “You guys are going after technology and not business problems—that was the standard response we got,” says Marri. Eventually, some friends put in money, and the deal with HDFC Bank in 2017 opened up a revenue stream.

Validation came recently from a sixth rank in the leaderboard of SQuAD 2.0, a newer version of the Stanford Question Answering Dataset that tests NLP products on reading comprehension. Version 2.0 includes “unanswerable questions”, ones that don’t have answers in set passages. This tests the NLP model’s capability to abstain from giving answers instead of spewing out responses based on word patterns.

The top two rank-holders were Chinese insurance company Ping An and Shanghai University, while Google Research came third. So the Indian startup was rubbing shoulders with some of the best in the field.

Not being VC-funded made it easier for the founders to stick to building the conversational AI platform. They kept it agnostic to industries, going against conventional wisdom of ensuring product-market fit in one domain. This puts it in a position to deploy in multiple scenarios.

While a slowdown in getting new business is inevitable because of the coronavirus effect on travel and meetings, Marri expects AI chatbots to gain wider adoption once the crisis abates. One of Senseforth’s clients, for example, is a university in Australia using conversational AI to engage with students. We could see more use cases like student chatbots, other than the usual enterprise customer engagement with AI.